The Helsinki Urban Environment Committee decided on Tuesday 20 August to dismiss all three demands for rectification filed against the decision to discontinue the lease of Helsinki-Malmi Airport’s runway area as of 1 January 2020.

The decisions made by an official are not yet legal.

Friends of Malmi Airport Association (FoMA) will file a complaint about the decision to administrative court, and will apply for a leave to appeal the matter to the Supreme Administrative Court if needed. For 18 months, the City has declined to negotiate with the tenant. All requests to be heard and to negotiate matters around the same table have been denied. Due to the complicated nature of the matter, the process is expected to take at least 8–15 months.

Malmi Airfield Association has paid €92.000 of rent annually and fostered the vitality of the area, the nature values of the meadow and the cultural heritage values by developing the aviation activities.

The justifications of the discontinuing the lease are contrary to reality

“The City justifies discontinuing the lease by its own uses for the area. The City has no activity that conforms with the purpose of the airport area as defined in the presently legal zoning plan, at least not yet”, says the Chairman of FoMA, Mr. Timo Hyvönen.

In the zoning plan, the area as a whole is defined as an airfield. City of Helsinki is planning to build a helicopter base to Kivikko, right next to Malmi Airport.

A member of the Urban Environment Committee, Mr. Atte Kaleva also wonders about the motives behind the majority of the committee’s decision.

“The Airfield Association made a positive and constructive compromise proposal to the City, that would have made it possible to continue aviation activities even during the possible construction of the Nallenrinne area. This was not acceptable to the majority of the committee, even though there are no factual or common-sense justifications for not extending the lease.”

Would the airfield be left abandoned for years?

Chairman Hyvönen of FoMA is surprised about the decision.

“According to the City, residential construction in the area would begin in 2022 at the earliest, so at least until then continued aviation would be in everybody’s interests. It also goes against the sense of justice that in a matter of economy, environmental policy and cultural heritage, with such a wide range and significance, no need has been seen for hearing the involved parties. There are strong grounds for submitting the matter to the courts so that the legality of the process can be assessed.”

Grounds for the decision to discontinue the lease have been requested from the City officials, but no clear answer or responsible person has been found.

“The official who signed the decision told me on the phone that the order to discontinue the lease had been received through official channels. According to the project manager, the matter was discussed and decided on together. No explicit responsible party or discussion partner was divulged”, says Hyvönen.

The future of aviation in Helsinki is in the air

During autumn, the Parliament of Finland will re-evaluate its statement, given as a result of the Lex Malmi process, demanding that the State takes action to ensure the possibility of continued general aviation in the capital region. No such measures have been taken. If operations at Helsinki-Malmi Airport are shut down, the only airport remaining in the capital area will be Helsinki-Vantaa International.

With its 40.000 annual operations, Helsinki-Malmi is the second-busiest airfield in Finland. Helsinki-Vantaa International cannot handle the growing aviation in the capital region and the new possibilities offered by electric aviation to provide an ecologically sound means of transportation to the Finnish people.

A municipal initiative calling for a referendum about the aviation use of Helsinki-Malmi Airport is in motion. The City of Helsinki has made its decisions concerning Malmi Airport against public opinion. In opinion polls, the majority of Helsinkians has been in favor of keeping Malmi as an active airport. Voting on the matter would be in accord with good government and the City’s own strategy of implementing democracy in practice. The municipal initiative has already grown into the all-time biggest of its kind in Finland.

In addition, there are pending protection proposals of the airport area, based on the Built Heritage Act and the Nature Conservation Act. Because of them, a Prohibition of Endangerment is in effect in the area.

After receiving the City’s official decision documents concerning the discontinuation of the runway area lease, FoMA will take a closer look at the matter and take it to administrative court within the time period allowed for filing complaints. 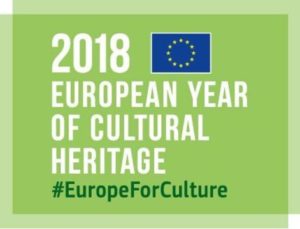