The Finnish Parliament calls for decisive action from the Council of State to ensure the prerequisites of developing aviation. The decision-makers of Helsinki were given a strong message to deal with the matter of Malmi in the best interests of all Finland.

The Finnish Parliament has in its general session Lex Malmi, a law initiative to keep Malmi Airport in aviation use. Today on 3 April in the second proceedings, the Parliament accepted the statement suggested by the Committee of Transport and Communications: The Parliament requires the Council of State to take action to ensure compensatory airfield services so that the aviation activities of Malmi Airport can continue within good accessibility and reasonable distance.

The grounds given in the Committee’s memorandum emphasize Malmi Airport’s national significance to general aviation, security of supply and future intelligent aviation. The Committee especially stresses ensuring continuity, laying the responsibility on the government and the City of Helsinki.

The Parliament’s discussions concerning Lex Malmi brought to focus future aviation, security of supply and the need of a base for general aviation in the vicinity of the capital. The national significance of Malmi Airport as well as its value as a cultural heritage site were strongly emphasized.

The MP’s sent a powerful message to the decision-makers of City of Helsinki to act in the matter with the best interests of all Finland in mind. Ensuring the continuity of Malmi’s aviation activities in the capital region was seen to be important.

The Chairman of Friends of Malmi Airport, Mr. Timo Hyvönen is disappointed with the rejection of the carefully prepared law initiative, but considers the Parliament’s statement to be a promising opener of discussion.

“The matter of  Malmi Airport remains, of course, in the hands of Helsinki. The responsibility of ensuring the prerequisites of intelligent aviation and the accessibility of the capital region has now been assigned to the government. We are eagerly waiting for new initiatives between Helsinki and the State. As an association, we also strive to help in the matter and to continue our good cooperation with both the State and the City.”

The network of city airports must include the capital

In her press release on 3 April, Minister of Transport and Communications Anne Berner presented her vision of a network of city airports in Finland and emphasized the supramunicipal nature of airports. Berner’s initiative raises the significance of Malmi Airport to Helsinki to a new level.

“Making Berner’s vision happen requires that also the capital is accessible by air from elsewhere in Finland. Malmi Airport serves this goal and international business flights in the best way conceivable. In addition, continuing aviation use of Malmi would ensure the operating prerequisites of developing  low-emissions and electric aircraft and other solutions of intelligent aviation. This is naturally also in the best interests of Helsinkians, and missing out on this development is in no way advantageous to Helsinki”, Mr. Hyvönen comments.

Mr. Hyvönen stresses that the work to keep the airport in aviation use continues.

“The Friends of Malmi Airport is not an aviation club. Its aim is to preserve the aviation use, the cultural heritage environment and the Airport’s special nature values in Malmi.”

The area of Malmi Airport has been listed by the Council of State’s decision as a built cultural environment of national significance (RKY). An application has been filed to preserve the area as a whole. The application is being processed by the Uusimaa Centre for Economic Development, Transport and the Environment.

Malmi is the busiest general aviation airfield in Finland

In 2017, a total of 40.189 operations were logged at Malmi Airport, and it remains the second-busiest airport in Finland. Finavia Ltd withdrew its services from the airport at the end of 2016. The airfield is now operated by Malmi Airfield Association.  There are tens of aviation companies, commercial pilot schools and other educational organizations as well as aircraft and helicopter repair and maintenance companies operating at Malmi.  It is one of the largest pilot training bases in Finland. According to statistics by Trafi and Finavia, 70-80% of the aviation operations are pilot training and the remaining 20-30% are general aviation including, among others, aviation work, cross-country flights and hobby aviation. 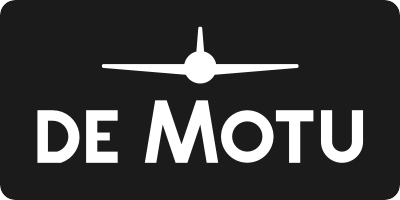